A rare moment of bipartisanship in today’s hyper-partisan Washington and what it means for Russia, President Trump and holding clean elections on November 3. But crucial facts remain resolutely hidden.

By Frank Vogl | The Globalist

Recently, Republicans and Democrats on the U.S. Senate Intelligence Committee unanimously approved a report totally supporting the findings by U.S. intelligence agencies that there was widespread Russian interference in the 2016 U.S. presidential election.

Unfortunately, in stark contrast to past times when bipartisanship was a regular occurrence in the U.S. capital, arriving at such shared judgments has become a matter of great rarity in today’s hyper-partisan political environment.

The unanimous approval was all the more meaningful as Richard Burr, the Republican chairman of the Senate Select Committee on Intelligence from North Carolina, is a staunch Trump supporter.

The conclusions of this new report, published just a week ago on April 21, 2020, will be particularly distressing to Trump, as well as to Senate Majority leader Mitch McConnell.

The Senator from Kentucky has so far steadfastly refused to support special measures to counter Russian interference in this year’s election.

One of the ICA’s (Intelligence Community Assessment) most important conclusions was that Russia’s aggressive interference efforts should be considered ‘the new normal.’ That warning has been borne out by the events of the last three years, as Russia and its imitators increasingly use information warfare to sow societal chaos and discord. With the 2020 presidential election approaching, it’s more important than ever that we remain vigilant against the threat of interference from hostile foreign actors.

Given that stunningly clear statement by a leading Republican Senator and Trump trooper, McConnell will face mounting pressure within his own ranks in the Senate to allocate resources to protect the 2020 election.

After all, one of the Senate Intelligence Committee’s prime conclusions is that the Russians are at it again, seeking to undermine the 2020 U.S. elections.

The central finding by the intelligence agencies, which the senators have endorsed and which Trump has consistently derided as a “hoax,” is that “Russia conducted an unprecedented, multi-faceted campaign to interfere with the 2016 U.S. presidential election.”

Publication of the report immediately prompted Nancy Pelosi, the Speaker of the U.S. House of Representatives, to ask the key question: “What does Putin have on Trump – personally, politically, financially?”

Her questions have been asked by many people for more than three years now. Yet, with the November 3 election approaching rapidly, they are as urgent as ever and we still do not have good answers.

In the past, Pelosi has left it to subordinates to challenge Trump on his Russian ties. But now that some prominent Republicans are beginning to face up to the truth, the political calculation by the most powerful Democrat in the nation has changed.

She adds her political weight to demand from Republican leaders, including Trump, to support substantial government funds to ensure the security of this year’s U.S. presidential election.

Her rationale is simple: Anybody favoring democracy should demand no less in securing clean elections.

The new report – and the new spotlight shed by Pelosi’s pointed question – aims at explaining Trump’s continuing tirades against the “deep state” and his labeling of the U.S.’s national intelligence community as “scum.”

Until the arrival of Trump in the White House, such statements would have been considered as utterly unbecoming, if not implicitly treasonous, for any Republican president.

Despite the conclusions by the bipartisan Senate committee and a similar finding by the Inspector-General of the Justice Department and last year by Special Counsel Robert Mueller, Trump’s team continues to deny, deride and promote its alternative narrative.

Attorney-General William Barr has ramped-up an investigation of his own and suggested that his report will be ready before the November election.

Barr is taking seriously Trump’s constant assertions that the allegation of Russian interference that supported his 2016 election victory is a story concocted by President Obama, supported by the top officers in the intelligence services, and by his opponent in 2016, Hilary Clinton.

Barr and Trump’s personal lawyer Rudy Guiliani support Trump’s fairy-tale that the interference was to support Hilary and launched from Ukraine not Russia.

The senators may be in agreement on the conclusions that they have been willing to share, but crucial facts remain resolutely hidden.

Due to information deemed top secret by the intelligence agencies, more than 80% of the new 158-page report — “Review of the Intelligence Community Assessment” — is blacked out.

I have never seen such a bizarre document before, page after page of big black blocks hiding the facts below.

The answer to Pelosi’s questions may, nevertheless, emerge and I expect that what Trump most fears is disclosure of possible deep ties between his businesses and Moscow.

Trump continues to fight diverse efforts in assorted U.S. courts by public prosecutors and committees of the Congress to release his tax returns and to enable Deutsche Bank, the major bank lender to the Trump Organization, to reveal information.

A New York state court and the U.S. Supreme Court are both set to address these issues in the next three months.

The Deutsche Bank situation is acute, because the Trump Organization has seen its income decline sharply as a result of the pandemic lock-down. To cope with this business downturn, it is seeking some relief on its outstanding $300 million of debt to Deutsche Bank.

The German bank finds itself in a tricky situation. If the bank agrees to the request, then once again it may be seen as striving to pursue a special relationship with the U.S. President.

This would just add to the mountain of reputationally bad news that the institution that once upon a time had a spectacular reputation has been accumulating.

Deutsche Bank as a channeler of Russian interests?

There have long been suspicions that a considerable amount of funds supporting the Trump Organization have come from Russian oligarchs, either via secretive holding companies based in offshore tax havens, or through Deutsche Bank.

Owing to the coronavirus crisis, the pressure is rising sharply on all the creditors to look after their loan assets. After all, most of Trump’s hotels and golf clubs are closed, and the few that remain open are virtually empty.

And the recent U.S. legislation to provide loans to companies in the current crisis specifically bars any funding for businesses tied to the President and his family.

The Trump Hotel a few hundred yards from the White House has just a 5% occupancy rate, yet still making lease payments to the U.S. Government of around $260,000 per month.

Any lowering of those payments by the United States Government Services Agency will be seen for what it is – an outrageous conflict-of-interest by the President. Which does not mean it will not happen!

Frank Vogl is co-founder of Transparency International and author of Waging War on Corruption: Inside the Movement Fighting the Abuse of Power. 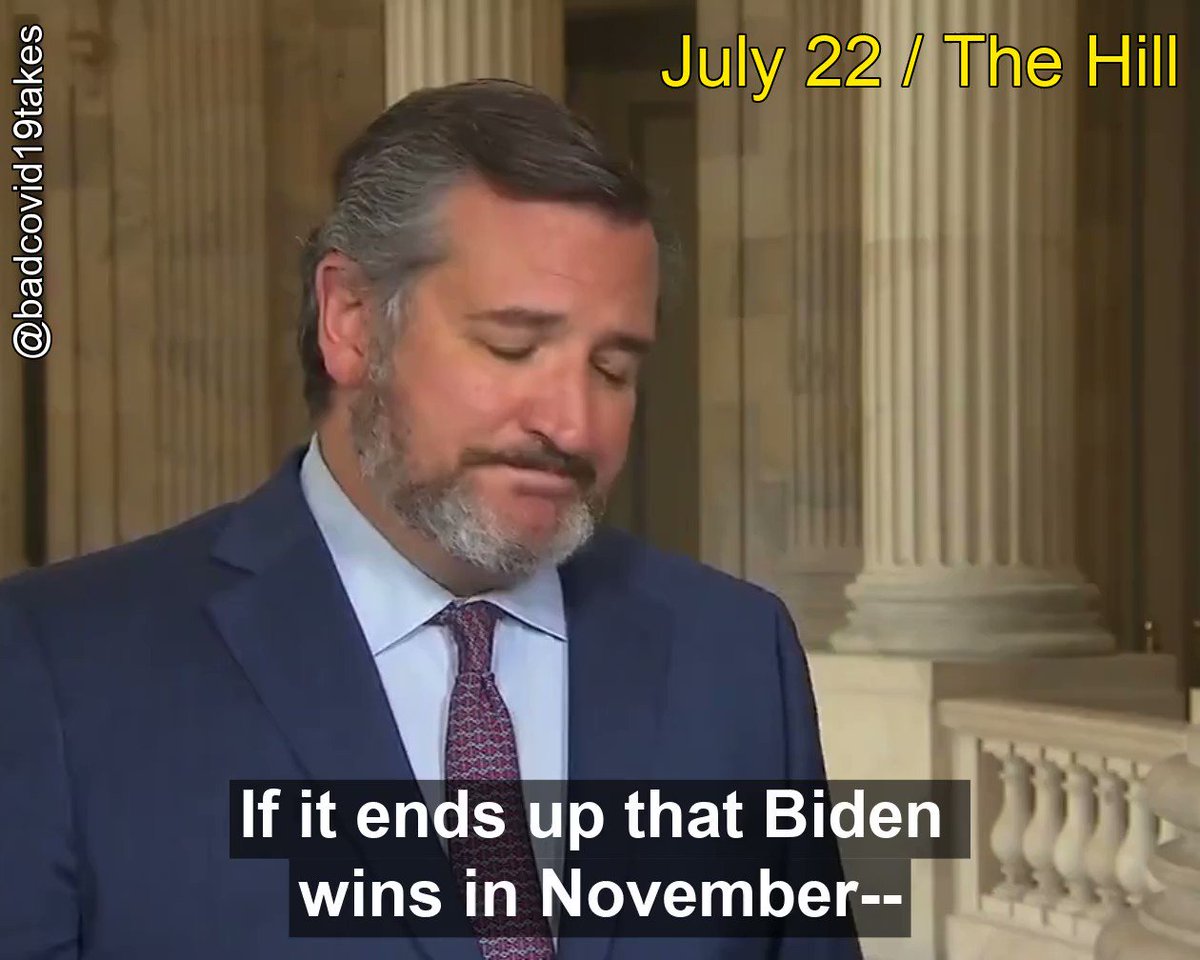 The Divided States of America under Trump