Trump once admitted the economy does better under the Democrats than the Republicans. Believe him. Just this once.

The Republican Party claims to be “the party of maximum economic freedom and the prosperity that freedom makes possible.” However, an analysis of economic performance since World War II under Democratic versus Republican presidents strongly suggests that claims that Republicans are better at managing the economy are simply not true. While the reasons are neither fully understood nor completely attributable to policy choices, data show that the economy has performed much better during Democratic administrations. Economic growth, job creation and industrial production have all been stronger.

In fact, a 2015 study by economists Alan Blinder and Mark Watson states: “The superiority of economic performance under Democrats rather than Republicans is nearly ubiquitous; it holds almost regardless of how you define success.” Fact-checking groups have investigated similar statements and have found time and time again that they are true.

The findings for private-sector job growth are even more striking: businesses have added jobs at a nearly 2.5 times faster rate under Democrats than under Republicans, on average. Moreover, past research shows that stock market returns are also higher under Democrats.

“Stock markets do perform better under Democrats than under Republicans. That’s a well-known fact, but it does not imply cause and effect,” says Jeremy Siegel, the Russell E. Palmer Professor of Finance at the Wharton School of the University of Pennsylvania. From 1952 through June 2020, annualized real stock market returns under Democrats have been 10.6% compared with 4.8% for Republicans.

According to Siegel, author of the 1994 investment classic Stocks For The Long Run, Wall Street’s obsession with politics is mostly misplaced: “Bull markets and bear markets come and go, and it’s more to do with business cycles than presidents.”

In some ways the current environment has characteristics of the existential threat faced by George W. Bush post-2001 (replace terrorism with pandemic), the civil unrest that plagued the Johnson and Nixon administrations and Ronald Reagan’s trade war with Japan in the 1980s.

In an effort to more closely examine the relationship between the actions of a president and the direction of stocks, Forbes has analyzed their stock market performances, including dividends, dating back to Harry Truman.

Using data from the National Bureau of Economic Research (NBER), we’ve also noted for each president the number of expansions and recessions that began during their tenures. In some cases like the presidency of Bill Clinton, who was in office during one of the most impressive periods of economic prosperity (and bull markets) in history, you won’t see an expansion listed.

That’s because credit is awarded to the president who was in office during its inception, which in this case was George H.W. Bush. We also included the ratio of gross federal debt to GDP for the final year of each presidency. 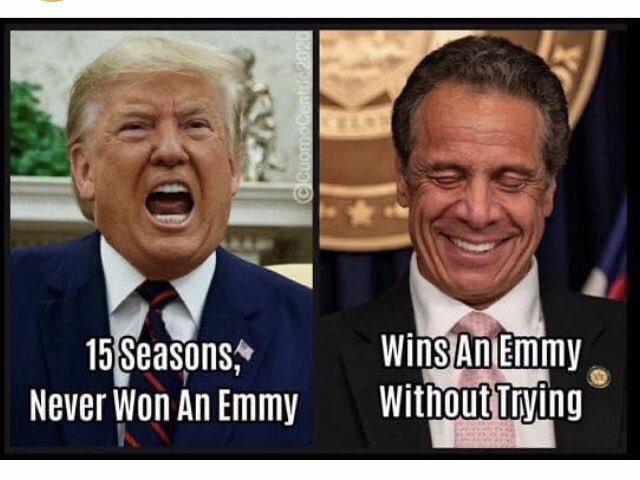 Trump and every one of his supporters screwed US, we, history will never forget your traitorous narcissism #TrumpVirus #TrumpConcedeNow

Hard to pick the 10 dumbest #COVID19 quotes from MAGA morons but here are a few! #coronavirus #TrumpVirus

Hum... guess what? It didn’t magically disappear @tedcruz @realDonaldTrump Turns out that the #TrumpVirus is as real as Joe Biden’s win.