During those early critical months of January and February, President Donald Trump refused to accept the seriousness of the COVID19 threat. He would later pivot to say that “no one could have seen the pandemic coming”. Now Trump seems to be shifting again, embracing the argument that he was “distracted by impeachment”, for reacting so late.

This new bogus argument goes like this: Trump, thanks to House Speaker Nancy Pelosi and other partisan Democrats, was distracted by impeachment for failing to act quicker to the oncoming pandemic threat. That narrative is of course nonsense, as everyone from health and intelligence officials to Peter Navarro (one of Trump’s main economic advisers) to former Vice President Joe Biden were all sounding the alarm.

In the meantime, when Trump should have been coordinating closely with and following the advice of public health officials at the World Health Organization and his own Center for Disease Control, he was traveling to and attending non-stop political rallies and yes – you guessed it – golfing…

We want to thank our good friends at The Lincoln Project for their continued hard work in creating a large portion of this video content and we hope you all consider supporting their very patriotic efforts.

While @RealDonaldTrump spends his time trying to convince people that he won an election that he lost, the bodies continue to pile up.

The US had more cases yesterday than Japan— has had since the pandemic began. https://t.co/x4OvkRVIlW 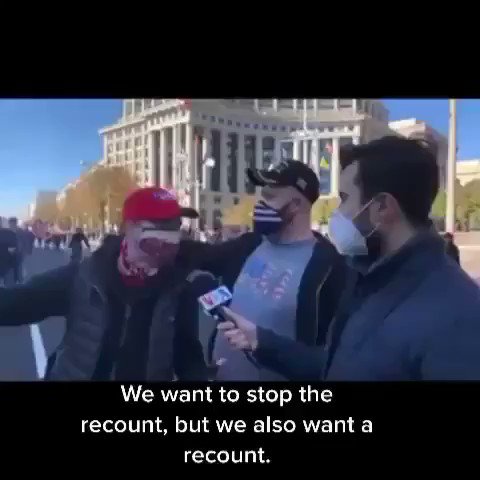 An open letter to Republicans / Evangelicals