The president was tested positive with the virus last night. This morning he developed a fever and was taken to Walter Reed Hospital

Trump departed the White House via helicopter late Friday for Walter Reed National Military Medical Center, a White House official said. The official said the visit was precautionary and that Trump would work from the hospital’s presidential suite, which is equipped to allow him to continue his official duties.

Earlier Friday the White House said Trump remains “fatigued” and had been injected with an experimental antibody cocktail for the virus that has killed more than 205,000 Americans and spread to the highest reaches of the U.S. government.

You’d think Trump and his enablers would grasp that attacking Biden as corrupt would not work. But it tells you how deluded they are about how obvious their daily corruption and criminality is.

The hospitals are overwhelmed! Help our Doctors & Nurses by wearing a mask! 😷

"Yes, the economy is expected to grow by about 30% (on an annualized basis; actual number for the quarter will be more like 7%). But remember: It shrunk by 32.9% in the 2nd quarter, which was the worst-ever quarter in the history of these calculations."
https://t.co/5vAaajQgh9 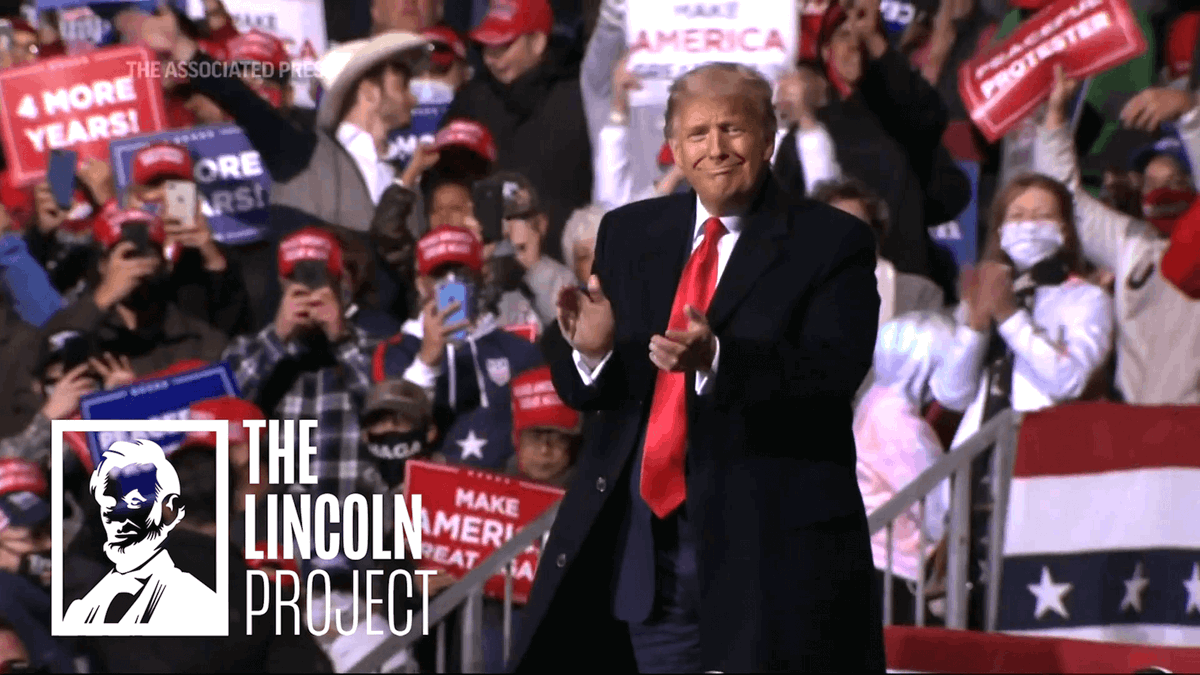 This is the Covey Spreader. Nasty.

Trump is cooking the COVID books