At the recent Town Hall event, the president repeatedly lied and ultimately showed his desperation as he has failed to close the gap in the polls against Joe Biden as November approaches., his lies are only increasing – a sure sign of desperation.

It was not simply that President Trump resorted to obvious lies at the ABC News town hall Tuesday night, or that he was rude and ineffective in addressing the terrific, substantive questions from real, undecided voters. His campaign’s bigger worry is that he came across as confused, lost and incoherent. He really should not have gone down the road of challenging his opponent’s mental acuity.

The Post’s fact checker Glenn Kessler reels off the list of lies: Trump falsely claimed he hadn’t played down the pandemic (we know he did, and he confessed to Bob Woodward); he falsely claimed our mortality rate was something to be envied; he bizarrely claimed we had no ventilators when he entered office; he repeated the oft-used lie that Democratic presidential nominee Joe Biden opposed his travel restrictions on China as xenophobic; for the bazillionth time, he falsely claimed credit for passing the Veterans Choice program (which President Barack Obama signed into law); he falsely took credit for sending in the Minnesota National Guard during protests in May; and he wrongly claimed he had the best economy in history.

What was far worse than the nonstop stream of lies was how foolish Trump sounded. He did not downplay covid-19; he “up-played” it!

He said “herd mentality” would eliminate the pandemic. (Herd immunity might, at the cost of millions of lives.) He criticized Biden — who has not been in office for the past four long years — for failing to enact a nationwide mask mandate. He tried to interrupt a questioner, only to have her sternly tell him to let her finish. He rambled and came off as entirely uncaring in not directly answering questions from an African American pastor and a woman whose mother died of cancer.

At one point, host George Stephanopoulos gamely broke in to remind Trump he was seeking to repeal the Affordable Care Act, which contains protection for preexisting conditions. He also noted that Trump keeps promising to introduce his own health-care plan, but never does.

Imagine how much worse it will be for Trump when he has a prepared opponent willing to deliver a tongue-lashing for such silly lies and excuses. Biden could ask when we can finally expect Trump’s magic health-care plan and demand he bring it to the next debate. Biden could laugh and roll his eyes when Trump blames him for not assuming the duties of president (“C’mon, man — you are president, not me!”).

We saw in Trump’s devastating interview with Axios’s Jonathan Swan that Trump short-circuits whenever confronted with a new piece of information outside his limited frame of reference. When he tosses up another word salad, Biden surely can say, “You just talked for a minute and said nothing. Answer the question.” There might be less fact-checking, but the Biden team can put out a split-screen version of the debate with a rolling fact check. More important, the Biden team stands to receive a bountiful gift of soundbites for its next round of ads.

The whole disastrous outing was characterized as an “ambush” by Fox News apologists, a surefire sign that even they were appalled by Trump’s performance (disclosure: I am an MSNBC contributor).

Trump cannot function without the right-wing media cocoon and without the ability to deny a reporter a follow-up, or even the chance to complete her question. If he insults a voter at the third town-hall-style debate, he will be lambasted as a bully.

There is, fortunately for Biden, no one in Trump’s circle with the will and ability to stage an intervention and tell him not to show up. There is no one to tell him he bombed and needs practice. Trump will likely stride confidently into the first debate, but whether he ever shows up for another one will in large part depend on how much material he gives Biden to ridicule him.

Trump himself made it abundantly clear this pandemic really is now the #TrumpVirus.

Donald J. Trump and the clowns ... 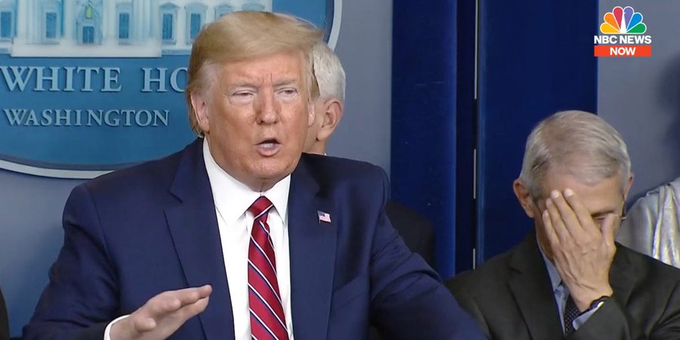 Tomi Ahonen The Rat In The Hat@tomiahonen

When we say Covid
It makes him livid
Covid Covid Covid

We should heretofore
Try our best to ignore
Saying it, saying it
Nevermore
Covid Covid Covid 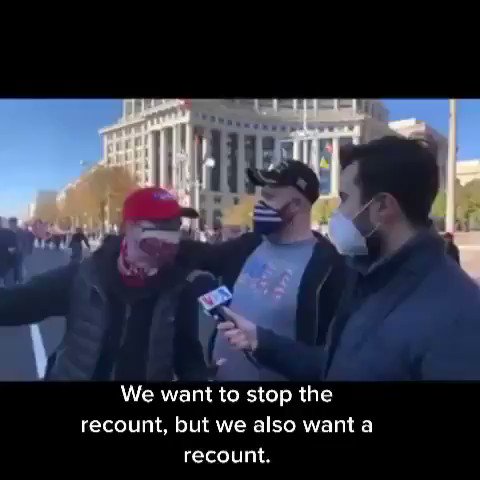 This is where I am today. I was nervous all morning. I didn't listen to the news but did listen to the hearing. I'm heartened by the members of the GOP that did the right thing in spite of the obvious pressure from tRump. #COVID19 #TrumpVirus #GSA #PresidentBiden

Vote @Ossoff and @ReverendWarnock to the U.S. Senate

Loeffler and Purdue are guilty of insider trading, a felony

GET YOUR ABSENTEE BALLOT TODAY https://t.co/mukT1GOMPi

🚨BREAKING: More than 750,000 Georgians have requested their ballots for the January 5 runoff elections. Have you? Request yours today and let’s get it done... again: https://t.co/xCyh7BhY3o. 🗳👏🏿 #gapol

What is Parlor saying about the transition? They must be twisting themselves into pretzels to somehow make this part of the dear leaders master plan. If you are there, please share #TrumpVirus #EmilyDoYourJob #EmilyMurphyGSA

I see a #BidenHarris2020 win not as a defeat but as progress.

Progress to the literal fulfillment of #BibleProphecy. Follow the links in succession to see why.
#TheGreatReset