Our vice-president seems to have a lot of problems recalling much of anything, especially if it could possibly incriminate Donald Trump.

A new book by New York Times reporter Michael Schmidt reported that when President Donald Trump made an unannounced hospital visit in November 2019, Vice President Mike Pence was prepared to temporarily take over if the commander in chief needed to go under anesthesia. Pence, however, is quite vague when asked about what exactly happened that month — and a collage of clips aired by CNN this week shows that vagueness and using the words “I don’t recall” or “I don’t have any recollection” have been common with the vice president.

Before airing the video, CNN’s Brianna Keilar argued: “It seems that being on the verge of stepping into the role of leader of the free world is something you’d remember, right? But there’s a clear pattern with Pence when it comes to some of the critical moments of the Trump presidency — whether it’s the Ukraine scandal or a contentious meeting in the White House.”

In the video, one sees clips of Pence, during the Ukraine scandal, discussing everyone from Ukrainian President Volodymyr Zelensky to Ambassador Gordon Sondland — and he is consistently short on details. Pence, discussing Trump’s now-infamous July 25, 2019 phone call with Zelensky, says, “I have no recollection of having seen the transcript of the call.” And Pence says that he has no recollection of U.S. aid to Ukraine being tied to any type of investigations. 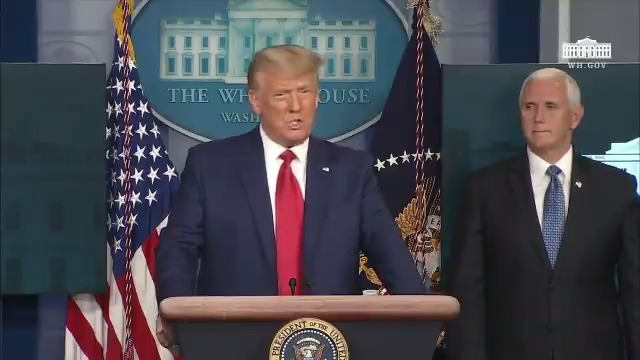 don’t do this #TrumpVirus #COVIDIOTS

📍Attack rate: 100%. 12 people attended a birthday party, 12 people all infected by #COVID19, including kids, +3 others later. Kids all developed “strong coughs”. Grandmother hospitalized. All for a damn birthday party. https://t.co/LL0W2LvOE1