A scathing video from the progressive PAC VoteVets released today, after a report from The Atlantic came out revealing that President Donald Trump had apparently referred to American service members killed in action as “losers” and “suckers,” features six Gold Star families banded together to record a video message.

In the video, the families insist that Trump has “no right to be commander-in-chief,” as one of the participants put it.

During the 2016 election season, he infamously came out against a family called the Khans after they were critical of him, and more recently, he “disrespected” a family during a supposed condolence call, as one of the family members put it after the fact.

'They’re trying to take our votes away': @realDonaldTrump's effort would throw out ballots from 238,000 #Wisconsin voters and #American citizens https://t.co/SnmhiKTEse My disgust and hatred for #TRE45ON #Trumpvirus is bottomless 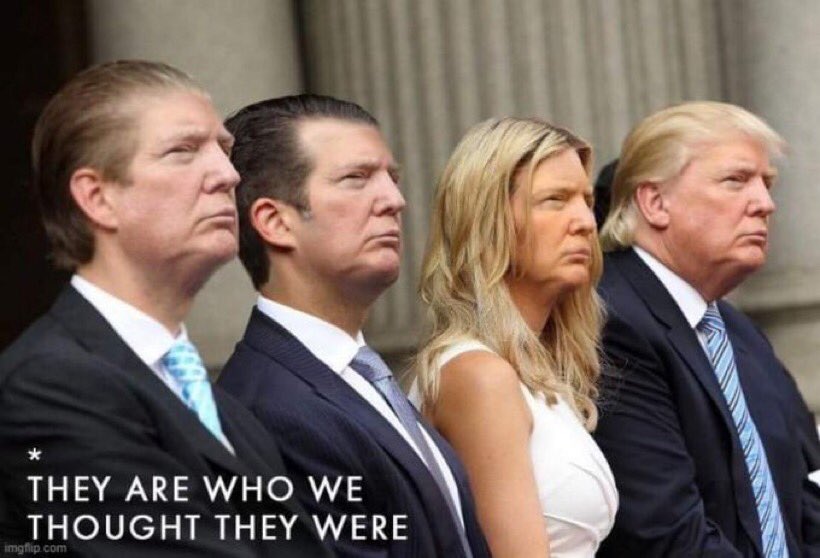 Yes Eric. We have understood you all since the beginning.

THREAD: I just spent 3 days with frontline workers at hospitals in a part of Appalachia where hospitalizations have more than doubled in the last month. But hospital staff say many in their hard-hit communities still don’t believe COVID is real. Misinformation is rampant.

The outgoing Trump administration killed more Americans than any other in surrendering to the #TrumpVirus so is it REALLY a surprise that they are now paving the way for additional methods of executing prisoners sentenced to death??

The face that will haunt children's nightmares for years, with the terror of kidnapping, and the #TrumpVirus pestilence ripping away multiple generations of loved ones from their families

McConnell to suspend in-person GOP lunches to keep Republicans from infecting each other with COVID: report
https://t.co/vi5zXUjl47

Trump plans a MAGA event during inauguration. Won't happen - the Covid Death rate will be 4K/day, no one will heed the Death Cult Leader, it's all his fault. 🇺🇸#Trump2020 #COVID #COVIDー19 #coronavirus #Election2020 #MAGA2020 #NewYorkTimes #TrumpVirus #ChinaVirus #JoeBiden #USA

About whom #Trump said “He wishes her well!”

#AlanDershowitz (aka Captain Underpants) will approve of that pardon also.

In closing days of campaign, more Republicans turning to vote for...