With increasing numbers of White House staff infected, it’s clear that Donald Trump is a Super Spreader of COVID19 and pandemic misinformation

Less than 24 hours after requiring supplemental oxygen and being hospitalized for COVID-19, President Donald Trump already began talking about the virus in the past tense.

“I learned a lot about COVID. I learned it by really going to school,” Trump said in a video filmed from his hospital suite on Saturday. “And I get it, and I understand it, and it’s a very interesting thing.”

It had been a rare and ominous sight to watch the President of the United States get airlifted to Walter Reed National Military Medical Center to be treated for a disease that has killed more than 210,000 Americans and sickened millions more. Laid low by the very virus that he has consistently downplayed, and with more than a dozen White House and Republican officials around him also infected, Trump struck a rare note of uncertainty, tweeting “Going well, I think!” Messages of shock and sympathy came in from around the world.

But if public health officials, and even some of Trump’s own aides, had hoped the experience would chasten him to change his message after months of questioning the severity of the disease, it quickly became clear that they were mistaken. “Don’t be afraid of Covid,” the President, who has received the very best medical care in the U.S., repeatedly told Americans a mere 72 hours later.

By the time he was staging his triumphant return from the hospital on Monday evening — still infected and heavily medicated — the sentiment that the president’s experience proved the virus had been exaggerated had exploded in the conservative media ecosystem. Slickly produced White House videos depicted Trump as a returning war hero, in an aggressive campaign to paper over any seeming vulnerabilities in a president who has always valued the appearance of strength above all else. The implication was that Trump was over the disease, which he isn’t, and that the nation needed to be as well, which it is not.

Trump’s message — not only urging Americans not to be afraid of the deadly illness, but promising they are “gonna beat it” if they get infected — was met with disbelief by many doctors and health experts who have spent the past nine months watching patients fight for their lives and die alone. “What the president is saying is untrue and irresponsible,” said Carlos del Rio, an infectious disease expert at Emory University in Atlanta, tells TIME. “He’s giving the impression: ’I’m strong, I made it, you’re the weak ones that didn’t make it.’ I think it shows a lack of compassion.”

On Tuesday morning, Trump continued to minimize the severity of the virus. “Flu season is coming up! Many people every year, sometimes over 100,000, and despite the Vaccine, die from the Flu. Are we going to close down our Country? No, we have learned to live with it, just like we are learning to live with Covid, in most populations far less lethal!!!” he posted on social media channels.

His claims are, of course, untrue. Over the past decade, the number of Americans killed by the flu has never exceeded 61,000 in a given year. Facebook took the rare step of deleting the post, and Twitter flagged it with a warning about “spreading misleading and potentially harmful information.”

It’s just the latest in Trump’s ongoing series of false claims about this pandemic. In August, Facebook removed a video clip in which he falsely claimed that children are “almost immune” to the virus, calling it “a violation of our policies around harmful COVID misinformation.” A study released last week by Cornell University researchers, which analyzed 38 million articles about the pandemic in English-language media, found that Trump was the largest driver of the so-called “infodemic,” or falsehoods about COVID-19. Mentions of the president or his words made up nearly 38% of the overall “misinformation conversation,” they found.

In other words, the President of the United States is the top super-spreader of falsehoods about the deadliest disease to hit humankind in more than a century.

The disconnect between that grim reality and Trump’s bravado was not lost on some in the President’s party. “I think he let his guard down, and I think in his desire to try to demonstrate that we are somehow coming out of this and that the danger is not still with us — I think he got out over his skis,” Sen. John Cornyn, a Texas Republican, told the Houston Chronicle editorial board. “I think it’s a lesson to all of us that we need to exercise self discipline.”

As the stories of many Americans over the past few months can attest, there is a real danger to downplaying the virus. One woman, Kristin Urquiza, has made a crusade of her father’s death after he said he trusted the President’s assessment of the risk posed by COVID. “His only pre-existing condition was trusting Donald Trump, and for that, he paid with his life,” she said in an emotional speech at the Democratic National Convention in August. Former Republican presidential candidate Herman Cain, a supporter of the President who refused to wear a mask, died after contracting the virus. He was diagnosed nine days after attending a Trump campaign rally where few were wearing masks.

Trump’s latest infusion of misinformation into the national conversation and social media could pose an even greater threat if Americans, seeing the image of the carefully bronzed president taking off his mask on the White House lawn less than four days after testing positive for the virus, believe his assessment that, like he claims to have done, “You’re going to beat it.”

Just got news I tested positive for the #trumpvirus because the mismanagement of a TRASH ass fake ass president who is silently rooting against us Americans. Grrrrr...... 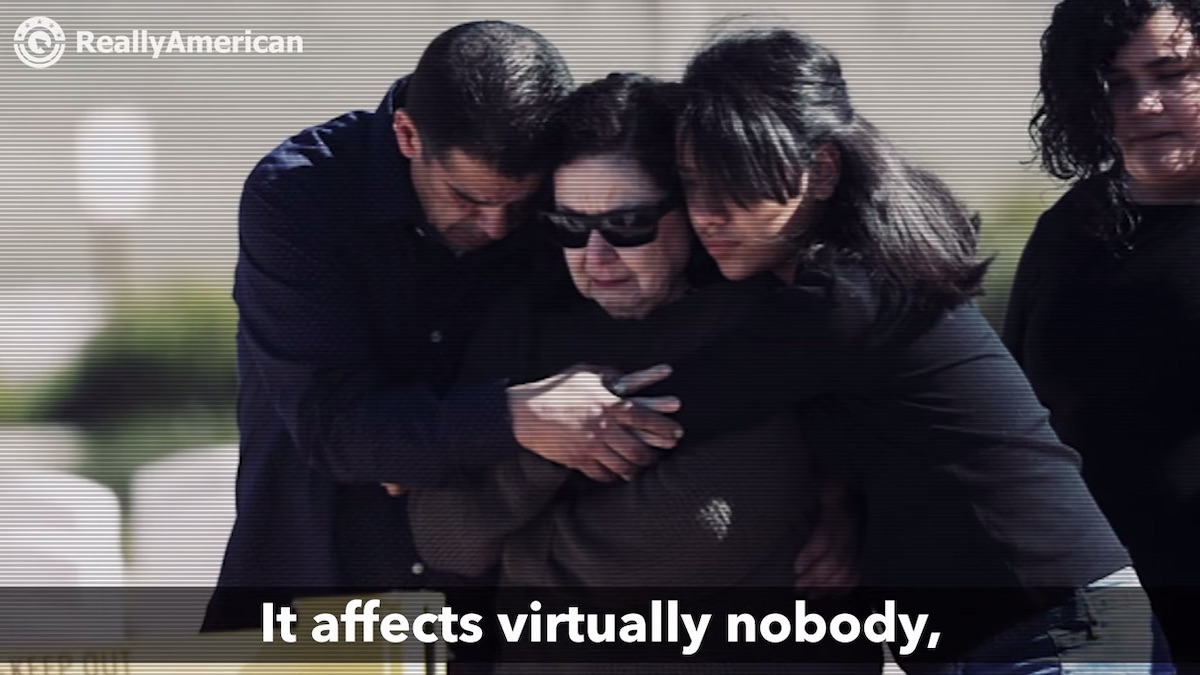 RETWEET to help us keep airing this to seniors in Florida.

COVID is out of control in the U.S. https://t.co/giolhq8uXK

It didn’t have to be this way. Thanks for nothing, Republicans.

Latest Data: the worst is yet to come…