Nearly 50,000 American soldiers were killed in the Vietnam War but COVID19 has already killed over four times that number in just 8 months

The toll from COVID-19 continues to rise well over 210,000 Americans now dead in just 8 months, since the first confirmed American death in late February.

To give that number some perspective, it is estimated that somewhat less than 50,000 – some estimating approximately 48,000 – American soldiers died during the Vietnam war that lasted for over a decade, from 1964 to 1975.

Or, you could add together all the American war dead from Vietnam, Korea, Iraq, Afghanistan and World War I.

Globally, of course, we’re over a million deaths. And still counting.

It’s a sober and ignoble achievement—a total that public awareness and attention should have kept lower, one whose growth rate should be diminishing and one that seems to encapsulate our divisive mentality about safety for others.

Despite whatever efforts Trump, state governors, government health officials or others want to claim, the maps of disease growth show the United States faring worse than most other industrialized nations on most measures of per population disease control and deaths. This comes even as treatment options have improved and medical treatment has adjusted to recognizing opportunities for earlier intervention.

The total contagion counts show the insistence of Americans to resist even the simplest forms of protection, even while demanding that someone else provide it – for free.

And the president’s own nuttiness about insisting on a spin around the block as if to show off his good health before returning to the hospital just illustrates he is not even taking his own case very seriously. He just exposed everyone in the car. His personal campaign to look strong despite illness frankly is a mystifying version of leadership, for pushing for earlier-than-expected release back to the White House.

Even as pro-Trump crowds were gathering outside Walter Reed Hospital to cheer an ailing president, those waving flags and banners were standing together mostly mask-less, without proscribed physical distancing in some kind of tribal rejection of public health rules. The White House was reported to be doing little toward tracing those who may have been infected in contact with Trump or his close circle. And the president was taking pains to show himself publicly as a strong survivor of the coronavirus challenge, making the White House itself a live contagion point, as if that makes the disease less potent for those without his access to daily testing.

The reality we still face is that whether Trump emerges days from now in peachy health to successfully pursue election victory as one who has survived the coronavirus or opponent Joe Biden wins for being a far more sober, careful candidate respectful of the demands of the disease, coronavirus is still going to be here. It will be a long slog to get through it – something that Trump does not want to own. Even if we get a vaccine, Americans are saying by droves that they don’t see taking it.

We can hope that a healed Trump, chastened by his own treatment much like Britain’s Boris Johnson, will revisit what has become at best a casual set of policies toward public health to embrace an actual plan with as much fervor as he does Law & Order.

But there is no evidence for a sudden turnaround.

It is much more likely that Trump, who sees the world as a reflection of himself, will think that all Americans can have the kind of free-to-him medical care that he is getting from a committed team of military staffers with helicopter trips to the hospital, and the use of experimental drugs that have not passed FDA muster. He is likely, indeed, to suggest that the disease is no big deal, and that if he can suffer only mild circumstances there is no need for wider public adherence to anything from mask-wearing to protective arrangements in the workplace.

Indeed, it seems that even if we want to show ourselves to be warriors against disease, the government is providing little to no effective tools.

In Wisconsin and in red states where the virus is arriving later, the hospitals and medical staff are still talking about the lack of protective gear and overrun emergency facilities.

At the Centers for Disease Control, they are busily rewriting any public health advice for you and me to best comport with the political message from the White House to keep the economy as open as possible.

In Florida and Georgia, Republican governors are throwing bars and restaurants wide open despite oodles of video showing unhealthful gatherings that seem to be feeding disease and lobbying the federal government to re-allow cruise ship voyages when those always have proved home for respiratory contagion. Other Republican governors and legislators have busied themselves with court challenges to emergency orders for masks and lockdowns rather than trying to fight illness.

And there is Trump’s own insistence on mask-less rallies in closed areas in close formation that are good for campaign cameras but not public health. And, if we’re to believe the emergent timelines about last week, Trump knowingly exposed donors, at least, to the virus just because there was a lot of campaign money on the table.

How Does It Get Better?

When the government leans on the CDC for more positive advice about schools and other public gatherings, when Atty. Gen. William P. Barr attacks emergency lockdowns and compares a takeaway of individual rights in the name of public health with slavery, when Trump himself disdains the wearing of protective masks, we’re asking for trouble.

When Trump refuses to consider financial help to “blue” states for political reasons after urban centers were hit hardest by coronavirus, how exactly is this helping to fight for a healthier country? How is a Supreme Court challenge of Obamacare with no Republican alternative ready to go helpful in the middle of a pandemic? How is hyping the benefits of a vaccine release before Election Day a mark of effective medicine? Is the White House aware that under 20% of poll respondents say they will take a vaccine at all?

That stubborn reality thing keeps getting in the way.

A Washington Post piece noted that even some Republican leaders are now questioning a strategy in which Team Trump downplayed the danger of the virus. “There was a panic before this started, but now we’re sort of the stupid party,” said Edward J. Rollins, co-chairman of the pro-Trump super PAC Great America. “Candidates are being forced to defend themselves every day on whether they agree with this or that, in terms of what the president did on the virus.”

Whether Trump or Biden in the coming months, the problem will be getting Americans to take contagion seriously – or we will be living with constantly rising public health emergencies for years, with its widespread effects on the economy, on education, and on our security as Americans.

It was a cultural acceptance of dangers from smoking, not government policy, that changed how cigarettes are viewed in this country. Or excessive drinking. Or even obesity, though we’re still working on that one.

But leadership? We need to see some to believe in it:  Make Leadership Great Again.

This woman is pure fucking evil. Not only did she profit off of advanced information on the severity of the pandemic, but now denies the infamous "grab them by the pussy" tapes.
#CorruptGOP #KellyLoeffler #TrumpVirus
https://t.co/0j8Yy1mfpF

THAT IS ALREADY HAPPENING. AND YOU ARE THE PRESIDENT NOW. YOU'RE VERY BAD AT IT!
#WorstPresidentEver #TrumpVirus 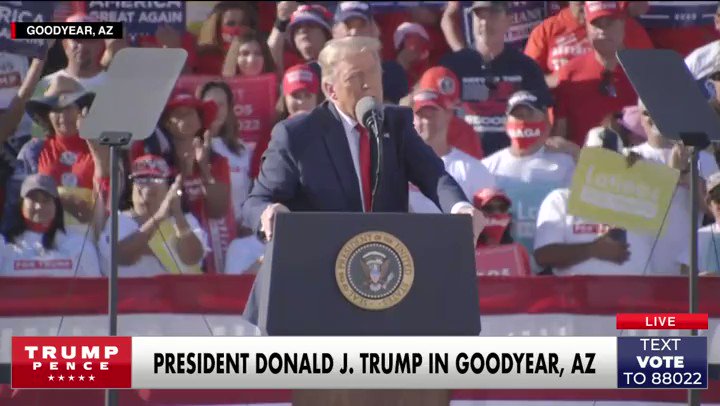 If you vote for Biden, your kids will not be in school, there will be no graduations, no weddings, no Thanksgiving, no Christmas, and no Fourth of July!

Our weekly update is published. The United States set a new weekly record for reported cases, breaking 500K for the first time in the pandemic. We see no evidence that any state in the current surge has reached its peak and begun to decline.
https://t.co/zcNkhDKrQg

This is so tragic n funny. but mostly horrid that this is what Trump is/has brought #UnfitToBePresident and his #TrumpVirus has spread #AmericaOrTrump it's long but at least watch first few minutes!! @MeidasTouch @ProjectLincoln @JoeBiden @YAFBiden

Billy D Why is it OK for tRump to kill milllions?@EugJHawk 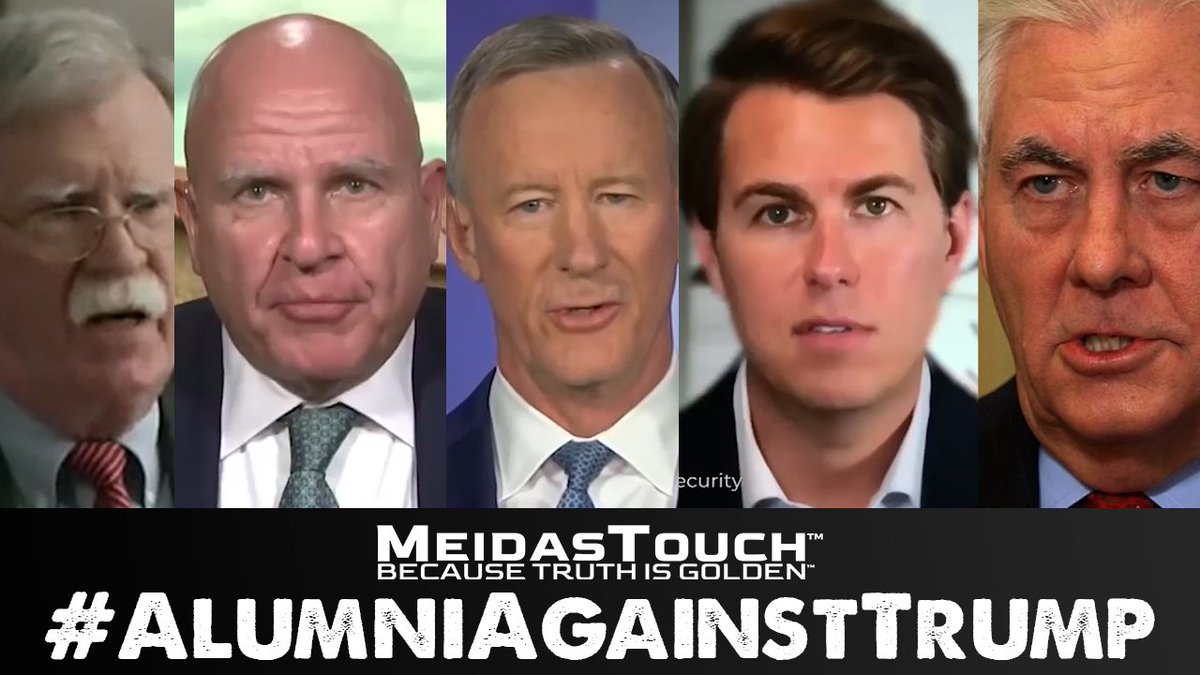 Listen to these Republicans who worked for Trump. These are highly respected lifelong Republicans who Trump appointed to high level cabinet positions. They’re voting for @JoeBiden because they love America

#TogetherWithBiden, we will end this #TrumpVirus once, and for all! 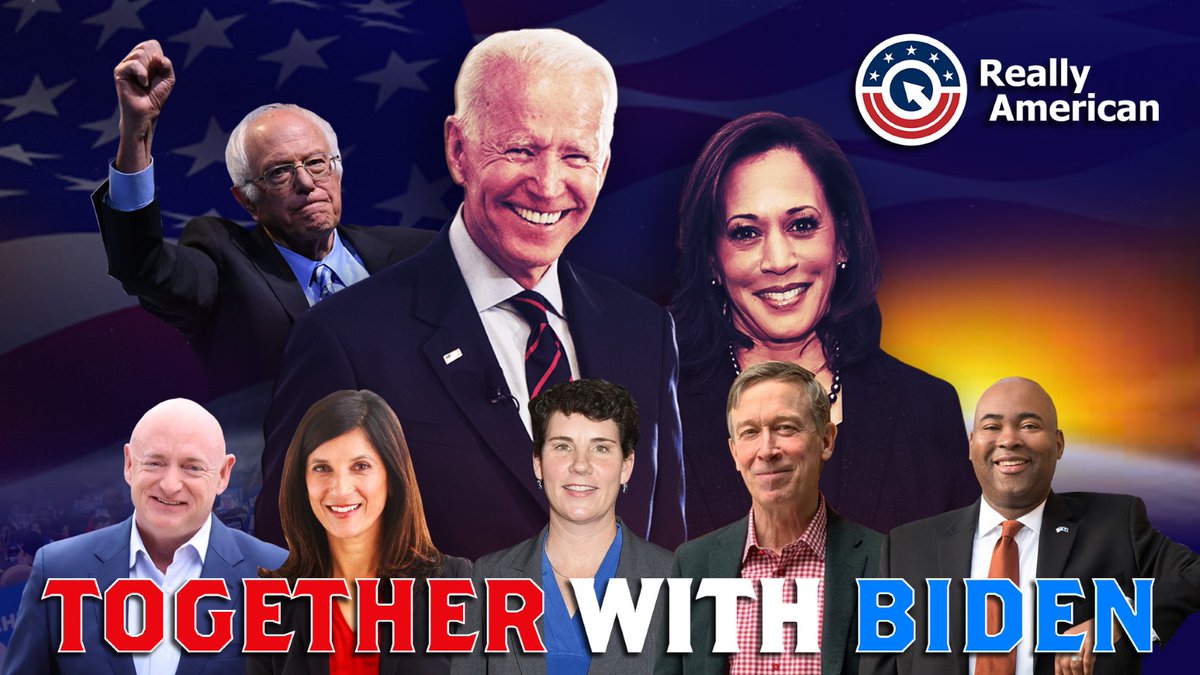 “To my Mormon friends, my Latter-day Saint friends,” Utah Sen. Mike Lee said as he pointed to Trump standing by his side, “think of him as Captain Moroni. He seeks not power, but to pull it down.”
https://t.co/RPG2tVQLCz

Violence: This is Trump’s America today

Infected with the Trump Virus?