Yesterday – Saturday – the president’s own doctors insisted that Trump was doing well, while finally admitting that he had been in much poorer shape than earlier revealed the day before on Friday, needing oxygen twice.

And today they appear to be attempting to pull the same trick – claiming that president is doing better today and even floated the possibility of being discharged tomorrow while acknowledging that the president’s oxygen level dropped unacceptably low yesterday; completely ignoring the fact that they had told us he was doing well yesterday.

We are all seeing a pattern develop.

Trump’s doctors are trying to paint a rosy picture of the president gradually improving each day while waiting for a 24 hour news cycle to pass before revealing the actual bad news from the day prior. So to really know how Trump is doing today, we will have to wait until tomorrow to know for sure.

What did stand out however, was the admission by the president’s doctors that Trump is now being given the steroid dexamethasone.

Medical professionals tell us that this is a sign that coronavirus may be starting to settle into his lungs. While it could be argued that this was done simply as a precautionary measure, we are told by one emergency room physician that administering dexamethasone could actually be counterproductive and even harmful to a COVID patient if in fact the virus had not yet reached their lungs.

But this is where we all are today – guessing – in the absence of honest disclosure regarding the true facts surrounding the president’s health.

Trump may beat COVID but his campaign is done

Trump’s doctors today mentioned the possibility that the president could be discharged tomorrow.

That could be true and the president may be choosing to return to the White House out of pure political strategy, believing that he needs to project an image of strength and would rely on the physicians and small medical facility at the White to continue his treatment.

Simply returning to the White House however, will not mean business as usual for Trump in this final month of his political campaign. Even if the president’s doctors are successful in keeping the virus from taking root in his lungs, Trump will likely face an uphill battle ahead, both physically and politically.

Reviewing cases of patients of a similar age and physical condition who tested positive for COVID19 and developed similar symptoms to the presidents demonstrate the likelihood that Trump will remain fatigued and possibly even face new medical problems that will leave the president badly weakened.

It’s hard to conceive of any way for the president to hit the road and resume campaigning any time soon.

We don’t know exactly what Donald Trump’s REAL health status is today – much less his true prognosis – but beyond the physical challenges the president is facing, political problems are growing as well, just 30 days out from the November third election.

Biden surges to 14-point lead over Trump after Debate

The poll was conducted from Sept. 30 to Oct. 1, two days after the disorderly and caustic debate. The poll was completed just before the announcement that Trump had tested positive for the coronavirus and hospitalized at Walter Reed Military Medical Center in Bethesda, Maryland.

Biden now holds a 14-percentage-point lead against the president, with 53% of registered voters backing the Democratic nominee and 39% supporting Trump. The poll shows a 6-point jump for Biden from a Sept. 20 NBC/WSJ poll. Biden’s biggest lead in the poll previously was in July at 11 points.

The biggest declines for Trump were among seniors and suburban women, who are now backing Bide 62%-35% percent and 58%-33%, respectively.

Forty-nine percent of voters say Biden did a better job at Tuesday’s debate compared to 24% who said Trump performed better. Seventeen percent didn’t think either candidate did better than the other.

Lol @realDonaldTrump You are a worthless piece of shit and will go down in history as the worst mistake this country has ever made. #cult45 #FatNixon #racist #dickscab #DumpTrump #TrumpVirus #TrumpMeltdown #TrumpMustGo

The irony that Pence was here in Ohio a couple weeks ago, with his staff that has since tested positive last week, and our covid cases tripled. Thanks @VP . Let’s see how many died for you. #COVID #trumpvirus

"If you don't want to shut down, at least do the fundamental basic things, which are really the flagship of which is wearing a mask," said Dr. Anthony Fauci, director of the National Institute of Allergy and Infectious Diseases https://t.co/6rfQjhMifV 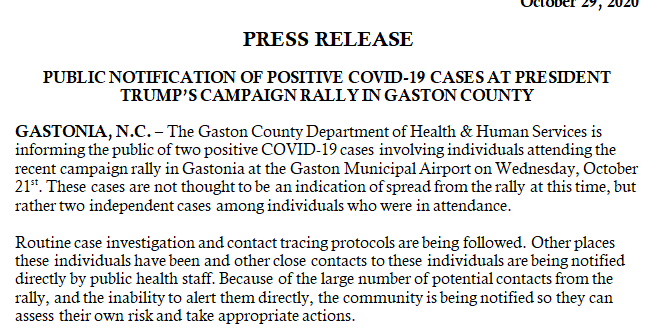 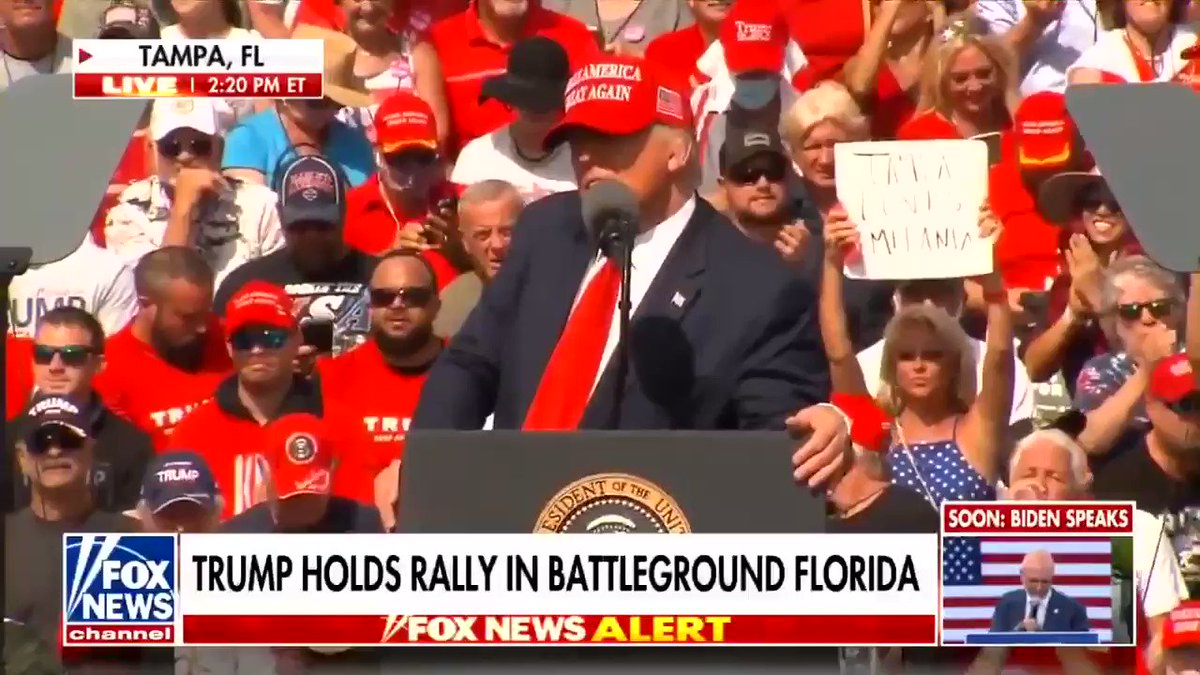 2016 digital ad strategy used by Trump now being used against...

How to Vote Early: State by State Guide